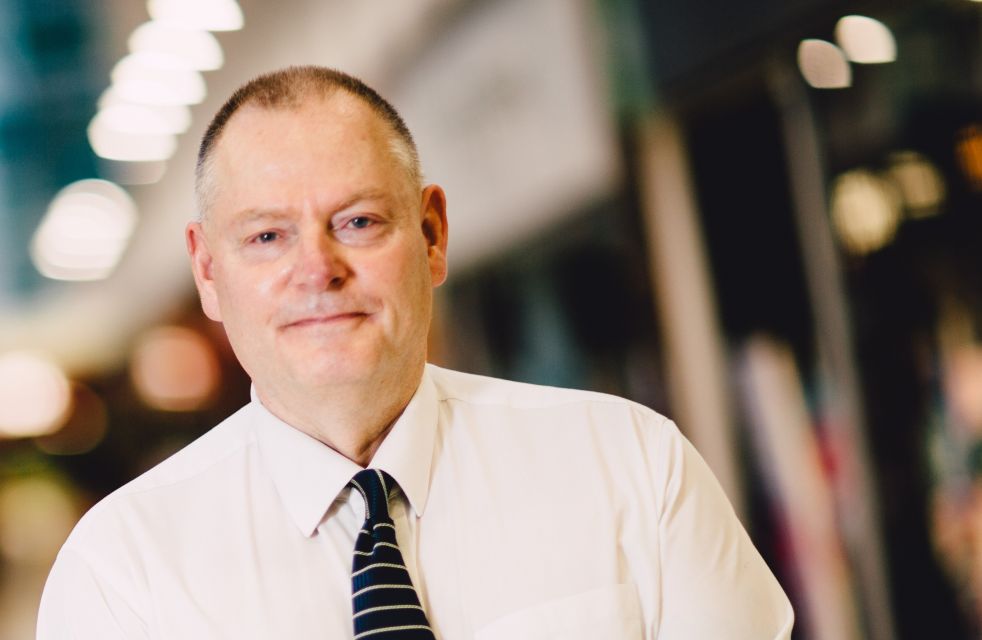 Colin joined the Buxton-based shopping centre after previously working within the security industry in Blackpool.

Having started initially as a part time security guard locking up in the evenings, Colin was taken on full time by The Springs after a position became available.

After quickly adapting to his role and improving his knowledge of how a shopping centre functions and operates, Colin was promoted to Security Supervisor and given more responsibility around the centre.

He began to manage the centre independently and was eventually offered a role as Buildings Manager for The Springs. This was followed by a promotion to Operations Manager and finally to his present-day role of Assistant Centre Manager.

When asked what he enjoys most about his job, Colin said: “It is often said in the shopping centre industry, but it’s so true- every day is different. The things you come across are never the same.

“I’ve had much satisfaction from the challenges working in a shopping centre brings, and I’ve worked alongside and met many lovely people over the years.

“I could never see myself doing or wanting to do anything else, I love my job. I hope to be able to carry on serving the centre and the people of Buxton for many more years to come.”

Carlon Stewart, Centre Manager for The Springs Shopping Centre, said: “Colin has shown fantastic dedication to his role and his vast experience is invaluable to the centre. He is a familiar face around The Springs and always has time for people.

“He is very much a part of the furniture here and the centre would not be the same without him. On behalf of everyone at The Springs I’d like to congratulate him on 20 years of service and look forward to many more years working with him!”

We use cookies to ensure that we give you the best experience on our website. If you continue to use this site we will assume that you are happy with it.Ok